With over 80% of caviar distributed in the USA being imported from Chinese farms, family-owned & operated Marshallberg Farm aims to break the mold and sustainably produce Osetra caviar right here in the USA.

Using new, state-of-the-art R.A.S. (recirculating aquaculture system) technology, we are able to raise our sturgeon without being dependent on an outside body of water (lake, river, pond, etc.). We recycle over 95% of our water, responsibly containing our waste instead of releasing it into the environment. We are the only full RAS sturgeon farm in the USA, ranked a “Best Choice” for sustainability by the Monterey Bay Aquarium Seafood Watch (seafoodwatch.org).
By using a recirculating system, we are not at the mercy of outside pollutants, and maintain full control of our water quality. This system is more like a water treatment plant than a fish farm. We filter about 1 million gallons a day, giving us the highest filtration possible for our fish. High filtration = clean water = happy fish = better caviar!
Unlike imports, we do not use borax or any other chemicals in our caviar production. We follow strict U.S. regulations for environmental, health and food safety.

With recirculating aquaculture systems (RAS) facilities in both eastern and western North Carolina, Marshallberg Farm is the largest producer of Russian sturgeon and Osetra caviar in North America. Read our article in Aquaculture North America > 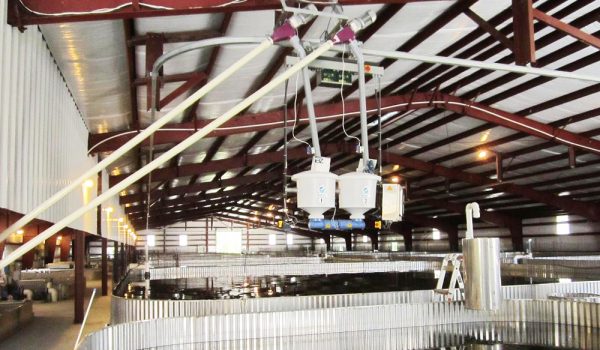 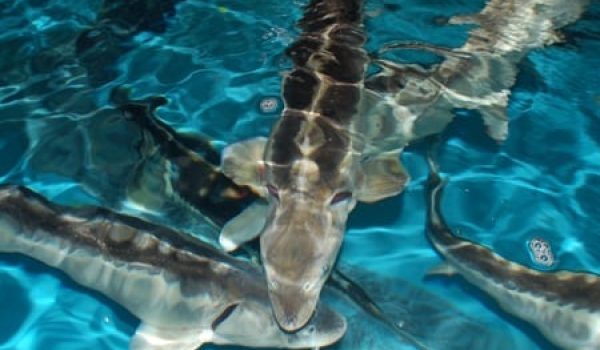 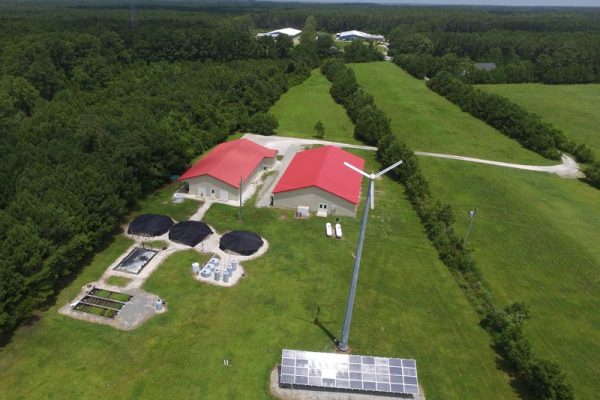 Marshallberg Farm also hosts the Marine Aquaculture Research Center (MARC) of North Carolina State University, which was established in 2008, shown to the left.

Marshallberg Farm owns and operates two Russian sturgeon farms in North Carolina: Marshallberg Farm on the central coast, and LaPaz in the mountains, about 300 miles apart. The two farms are similar in size (each about a million gallons of culture water), both are indoor re-circulating aquaculture systems (RAS), and each has processing facilities for caviar and meat.

Together, these facilities make up the largest producer of Russian Sturgeon (Acipenser gueidenstaedtii) meat and Osetra caviar in North America. Marshallberg Farm has the capacity to annually produce 5-7 tons of caviar and 80 tons of raw sturgeon meat.

Marshallberg Farm East is located on Core Sound near Cape Lookout on the Atlantic Ocean, about 12 miles east of Beaufort and Morehead City in North Carolina. The farm raises sturgeon in 40 indoor RAS tanks in two buildings of about 54,000 sq-ft in total. It also operates a 6,200 sq-ft processing building including five cold rooms, totaling 1,800 sq-ft, at various temperatures.

Marshallberg Farm West (aka Lapaz, formerly Atlantic Caviar and Sturgeon), also an RAS sturgeon farm located in the mountains, near Lenoir, N.C. (about 77 miles from Asheville), had been owned and operated by North Carolina State University until Marshallberg Farm acquired it in 2017. This farm raises sturgeon in 36 RAS tanks in two building of about 50,000 sq-ft in total. It also has a separate building for staging and processing of meat and caviar. 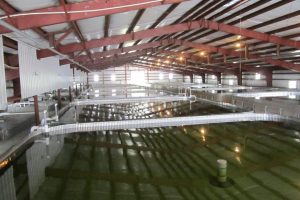 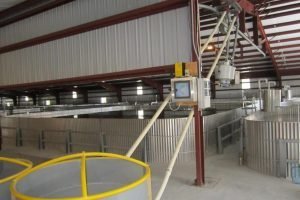 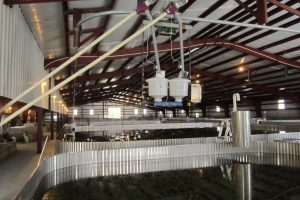 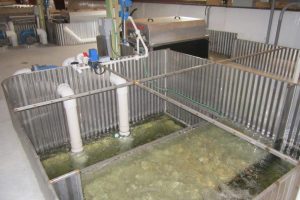 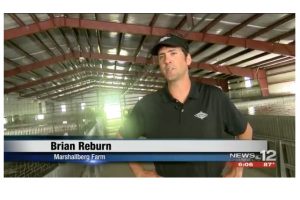 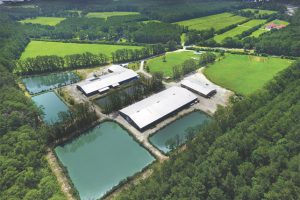 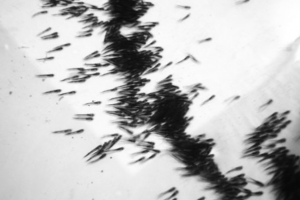 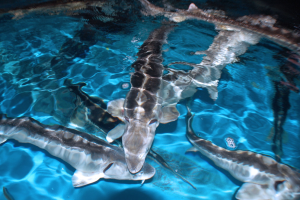 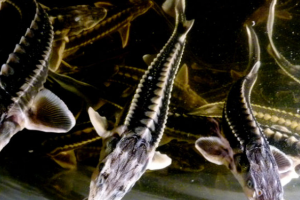 Our state-of-the-art tanks and water treatment facilities are designed to recycle water so as to minimize wastewater and to produce caviar and meat of the highest quality. We do not use growth hormones or antibiotics, and we use the best feed on the market. In processing, we do not use any preservatives other than sea salt. Our facilities are equipped with everything needed to yield some of the highest quality sustainable seafood products on the market, including our farmed Russian sturgeon and Osetra caviar.

Our farm adheres to the strict U.S aquaculture regulations of zero effluent discharge; we produce fertilizers by recycling waste water with woodchips for a community-supported agriculture (CSA) garden and promote aquaponics in holding ponds for growing vegetables. In this way, we proudly produce superior quality Osetra caviar and sturgeon meat through sustainable aquaculture practices. Our caviar is pure, containing only sea salt and the finest Russian sturgeon roe.

The farming process at Marshallberg Farm begins with hatching the eggs, then growing the small juvenile fish in the company’s nursery tanks until they reach a size of approximately 600 g. At this time they are stocked into larger production tanks and are fed every two hours throughout the day. When fish reach a size of approximately 5 kg, males and females are separated, then grown further until they are ready to be harvested. Females are sampled prior to harvest using ultrasound and biopsy methods to assess egg quality. If quality is suitable for our caviar, fish are placed into separate tanks in crystal clear water in preparation for harvest. From the time juveniles are stocked until the caviar is ready to harvest from females normally takes at least 8 years. 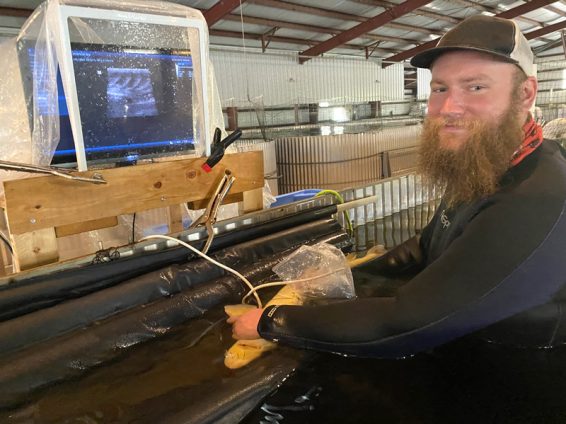 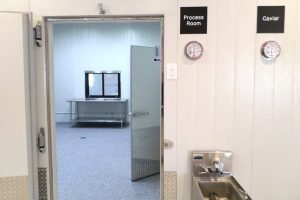 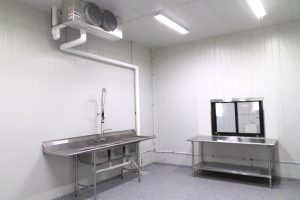 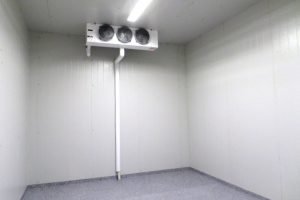 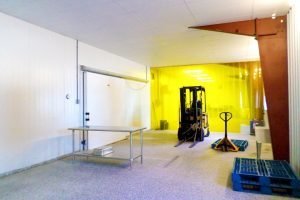 Marshallberg Farm’s pristine, state-of-the-art processing facilities are equipped with everything needed to yield some of the highest quality sustainable seafood products on the market, including our farmed Russian sturgeon and Osetra caviar. For opportunities, contact us. 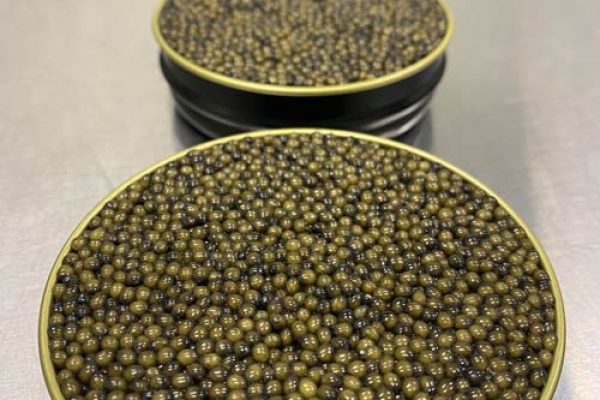 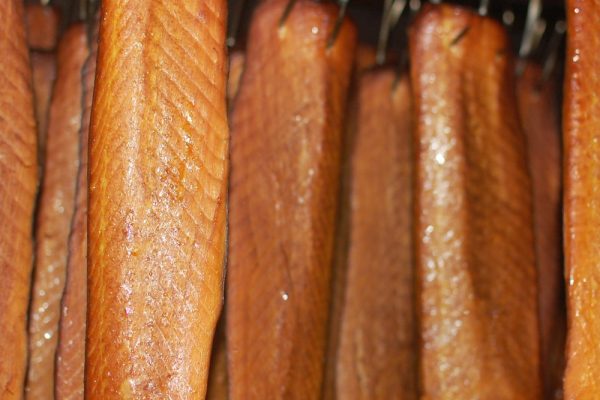 Where Else to Buy  ▶︎