Caviar prices are sinking as fish eggs cultivated in China are flooding the global market for what used to be a rare delicacy.

The tiny, salt-cured eggs from wild female sturgeon were once at risk of extinction due to overfishing and poaching. As a result, all trade in wild caviar has been tightly controlled under a global treaty since 1998.

These days, most caviar is harvested from sturgeon farmed in rivers, lakes and tanks around the world. A booming aquaculture industry has developed in some parts of the world to meet demand for caviar, which is typically consumed in small amounts as a topping on pastas and hors d’oeuvres. In recent years, China has become one of the world’s largest producers of caviar, and it is driving global prices down.

Caviar imported into the U.S. sold for an average price of $276.24 a kilogram in November, down about 13% from a year earlier, according to the most recent data from the Food and Agriculture Organization of the United Nations. These prices have nearly halved since 2012.

Skid RoeAn influx of Chinese caviar into the global market has pushed average annual prices lower.Source: Food and Agriculture OrganizationNote: Data is based on import values and could include cheaper varieties of fish eggs; 2018 data is through November. 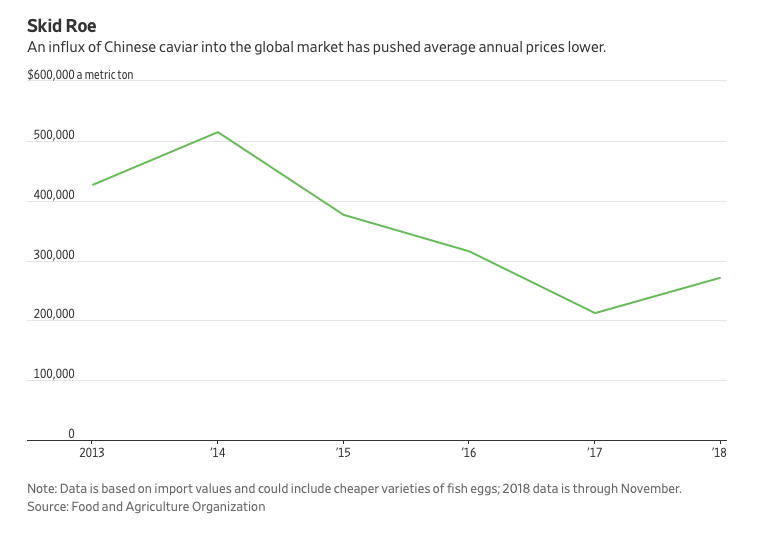 China’s total caviar export volumes surged between 2012 and 2017 to around 136 metric tons, according to trade data from the Convention on International Trade in Endangered Species of Wild Fauna and Flora. That is enough to fill 3½ shipping containers.

Farms there have been able to produce large volumes of fish eggs at a relatively low cost, which has enabled them to sell at cheaper prices than suppliers elsewhere.

The Chinese “have a tremendous amount of power in the marketplace,” said Dale Sherrow, vice president at Seattle Caviar Co., a retailer of caviar, truffles and foie gras. He sells caviar from Belgium, Finland, Israel, Italy, Uruguay and the U.S. 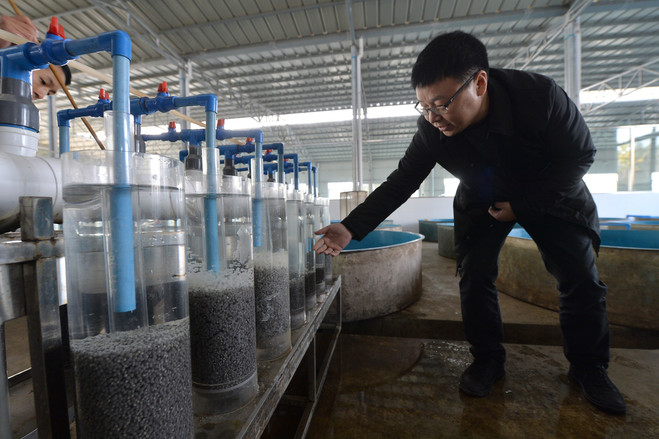 Mr. Sherrow said one American producer recently dropped its caviar prices by 25% for this year, reflecting the impact that Chinese caviar is having on the industry. “It’s a dogfight,” he said of the budding price war.

Marshallberg Farm in North Carolina, which farms Russian sturgeon in two locations, can produce five to six metric tons of caviar a year when operating at full capacity. Lianne Won’s family, which runs the business, said sales halved between 2015 and 2017 because of cheap Chinese caviar imports.

“There is no logical way for us to compete,” said Ms. Won. For American producers, labor is more costly and the U.S. has tight restrictions on the use of preservatives that can extend the shelf life of caviar. 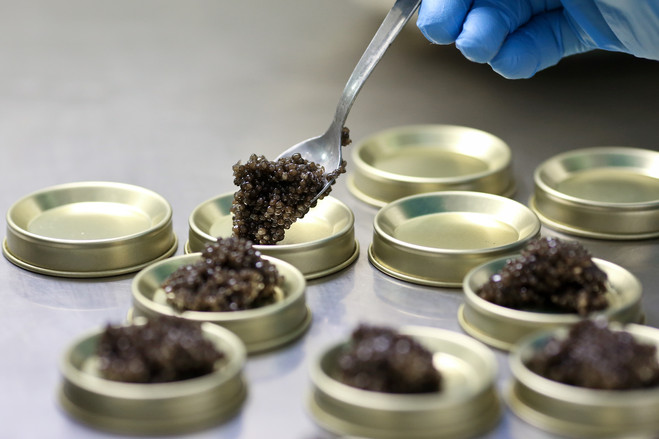 An employee fills tins with spoons of caviar at the Agroittica Lombarda sturgeon farm in Calvisano, Italy, in 2015. PHOTO: ALESSIA PIERDOMENICO/BLOOMBERG NEWS

In September, the U.S. applied a 10% levy on Chinese caviar as part of a series of new tariffs on $200 billion worth of goods imported from the world’s second-largest economy. The caviar tariff could be increased to 25% if Washington and Beijing fail to reach a trade agreement later this month.

American tariffs have come as a relief to some suppliers. Richard Hall, caviar director at Browne Trading Co. in Portland, Maine, said the tariff has helped make American and European caviar more price-competitive.

China’s caviar production is increasing as demand is growing slower than supply. Some traditional channels for caviar consumption—like first-class cabins in airplanes and luxury hotels—aren’t buying as much caviar as they used to, according to Roman Schaetti, export manager for Italian producer Agroittica Lombarda SpA.

The total amount of farm-produced caviar is well below levels seen when wild fishing was at its peak in the 1980s, according to the World Sturgeon Conservation Society, but industry players are expecting significant oversupply problems in the global marketplace over the next two years. 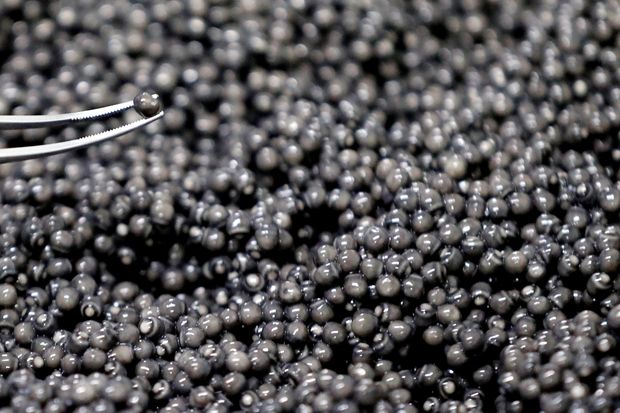 One reason for that is the length of time that it takes for a sturgeon to grow and start producing caviar. Most breeds take at least five years to reach maturity and produce roe—which means that production in 2019 was based on forecasts for demand several years earlier. Larger sturgeon can, on average, produce about 40 pounds of roe when harvested.

China’s caviar market is dominated by a large player called Kaluga Queen, which produces as much as a third of the world’s caviar. The company, which farms sturgeon at Qiandao Lake in China’s Zhejiang province, has been increasing its output by 20% to 30% a year and expects to keep growing at that rate over the next five years, according to Xia Yongtao, Kaluga Queen’s deputy general manager.

The fish take at least seven years to mature, he added, and their eggs are exported to the U.S., the European Union and are also sold in Japan, Russia and the United Arab Emirates.

“Our quality is fully tested in the international market,” Mr. Xia said, noting that many high-end restaurants in Paris use Kaluga Queen’s caviar. It is also served by German airlineDeutsche Lufthansa AG .

For American producers, the only way to remain competitive is to try to differentiate their caviar by price and taste. At the high end of the market, where a tin of caviar sells for $400 an ounce, retail prices have been more stable, according to Ali Bolourchi, vice president at Tsar Nicoulai Caviar, which farms sturgeon in tanks in Wilton, Calif.

He said being able to label its caviar as “Californian grown” has resonated with buyers and they produce caviar at a range of prices.

“Outside of the restaurant world there is still a little bit of a negative connotation for some high-end food items being made in China,” Mr. Bolourchi said.

—Zhou Wei in Shanghai contributed to this article.

Write to Lucy Craymer at Lucy.Craymer@wsj.com

Back To Top
Cart
Checkout - $0