Oscietra caviar (a.k.a. Osetra, Ossetra, Asetra) is the roe of the critically endangered Russian Sturgeon (Acipenser Gueldenstaedtii). This caviar is known for it’s savory, buttery, nutty flavor and firm texture. Shadowed only by Beluga caviar in the traditional caviar hierarchy, Oscietra caviar is also originally a product of the Caspian Sea. Currently, Russian sturgeon are raised sustainably in the U.S.A. via recirculating aquaculture systems (R.A.S.). This process ensures the highest level of water filtration, and is highly regulated in the U.S. for environmental safety and sustainability. Oscietra produced by this method of farming is said to be the cleanest caviar on the market.

Oscietra from Marshallberg Farm is vacuum packed to maximize freshness and ships overnight. 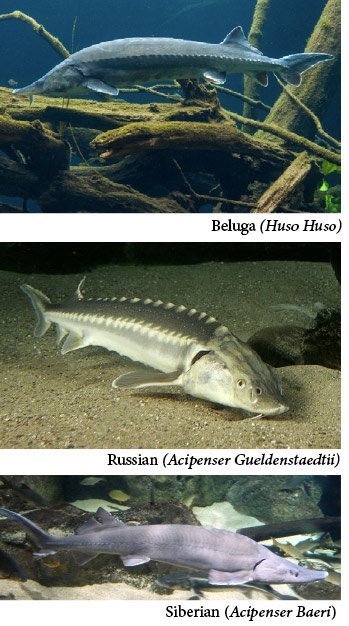 Oscietra (Osetra, Asetra, Ossetra) caviar comes from Acipenser Gueldenstaedtii, commonly known as the Russian Sturgeon. Other highly coveted caviars come from the Beluga (Huso Huso) and the Siberian Sturgeon (Baeri), all species that originate from the Caspian Sea but are now all critically endangered due to overfishing.
Best Ossetra Caviar White Sturgeon Caviar
MENU
0
0
Your Cart
Your cart is emptyReturn to Shop
Continue Shopping
Products you might like
Calculate Shipping