White Sturgeon caviar comes from sturgeon species Acipenser Transmontanus. This species comes from the Columbia River and along the Pacific coast of the United States. White sturgeon account for most of the caviar produced in the United States and beyond. This species farms well, and their roe can be harvested relatively quickly. Caviar made from White sturgeon is dark in color. Although this caviar is very popular, caviar experts say that Osetra caviar (only shadowed by Beluga in the caviar hierarchy) has much more dimension, flavor and texture.

Caspian Sea sturgeon species are said to produce the best caviar in the world, with Russian Sturgeon (Acipenser Gueldenstaedtii) responsible for Osetra caviar. Roe from White Sturgeon should not be labelled as Osetra (Ossetra, Asetra, Oscietra). Just as Angus beef comes from the Angus breed of cattle, Osetra caviar comes exclusively from Russian sturgeon. Since Osetra is known in the caviar hierarchy as the 2nd best caviar in the world, many producers and distributors of White Sturgeon caviar label their product as Osetra caviar with the explanation that Osetra (‘осетр’ in Russian) literally means sturgeon. However, since fish roe isn’t caviar unless it comes from a species of sturgeon, following this labelling explanation would mean that Beluga (the best caviar in the world) could also be labelled Osetra. Now, that’s confusing! 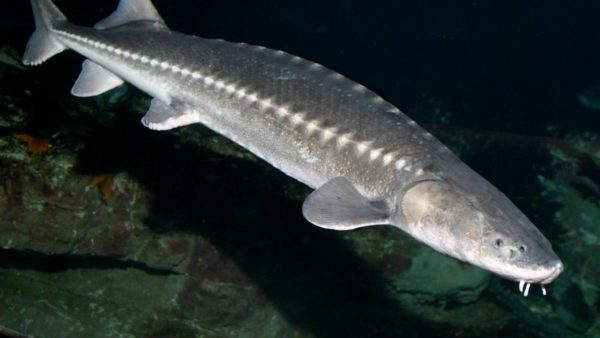 White sturgeon caviar comes from Acipenser Transmontanus.
Oscietra Caviar EATER | How It’s Made | Russian Sturgeon Caviar
MENU
0
0
Your Cart
Your cart is emptyReturn to Shop
Continue Shopping
Products you might like
Calculate Shipping

Classic Osetra
Excellent caviar! I used to have Russian Beluga caviar delivered by the kilo when I lived in Europe… This is just as good & no strange additives like borax and it’s made in the USA!! Excellent !!
Read more...
5
Excellent